At the heart of public safety is access to safe, reliable public transportation. The current administration has not prioritized investing in infrastructure, making our streets safer, or maintaining CTA service levels, and the community has suffered. Ghost buses run rampant, security is lacking, schedules are inconsistent; these issues lead to a myriad of other problems. Over 25% of Chicago households don’t have cars, and it’s time we invest in the public transit and road infrastructure we need to support our city.

As State Representative, I lead the charge to get 20 percent of the state’s motor fuel tax increase dedicated to transit, 90 percent of which comes to Chicago. No one has successfully gotten that much funding for transit in years. Today, there are federal dollars on the table that should be used to innovate, not maintain the status quo. There are additional revenue sources to explore to make the CTA work for all of us. As Mayor, I will partner with the state and federal government to invest in the CTA and build it into the safe and reliable transportation system our city needs.

Under the current Mayor, the CTA has been put on the back burner. The CTA was without a Mayor-appointed chairman for nearly two years, one of the longest vacancies in history. On top of that, we haven’t changed the funding formulas for how money is directed to the CTA, Metra and PACE since 1983 under Mayor Harold Washington. Public transportation connects our 77 neighborhoods, drives our economy, and brings our communities together. It’s well past time that Chicago makes building world-class public transportation a top priority. 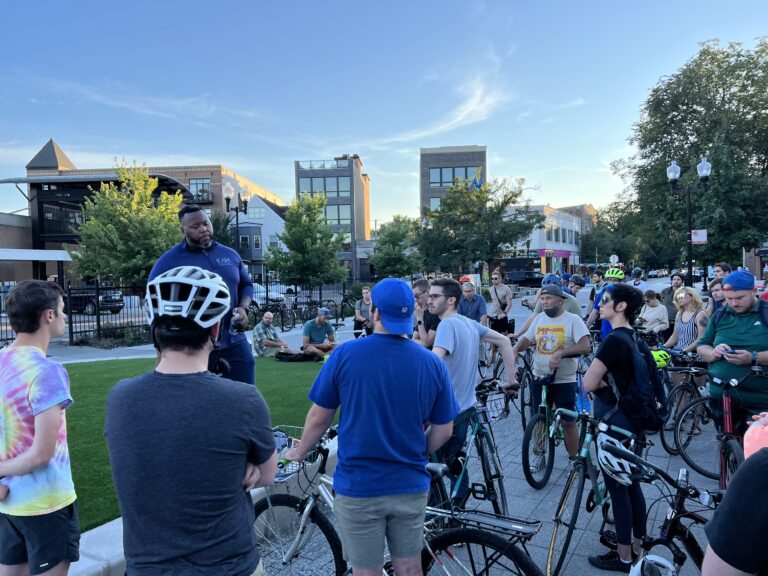 The CTA is in desperate need of fixing, and since the pandemic, safety and service issues have only gotten worse. When Covid hit, the CTA made a promise to Chicagoans that they wouldn’t change what they were doing and would maintain service levels. That promise has been broken, and anyone who rides the CTA knows it.

Post-pandemic, public transit worldwide is facing an existential crisis and the CTA continues to ignore it. It took the CTA too long to come up with a plan, and the “plan” that was recently rolled out has no accountability measures and no way to track its success. It’s more lip service by the current administration, and the people of Chicago deserve action.

By contrast, in Boston Mayor Wu has been thinking big in order to increase ridership: she’s made the most rider-heavy bus lines free for two years. This is the kind of bold action and investment in our future that Chicago needs.

This isn’t about making the CTA what it was pre-pandemic: it’s about making it better. Chicago is a world-class city, and it’s time we invest in a public transportation system that enables it. The CTA is a place where everyone comes together – the businesswoman commuting to The Loop work, the single mom dropping her son off for school in West Garfield Park, the doctor commuting to University of Chicago Hospital for his morning shift. It’s time we create a public transportation that services each and every Chicagoan. My plan sets the stage for a safe, reliable, affordable CTA that will support a growing and thriving Chicago.

Built For The Future

Read more in my interview with Streetsblog.

Together, we can put Kam’s 4 Star Plan into immediate action.

Paid for by Kam for Chicago Mayor

ABOUT KAM
KAM’S PLAN
VOLUNTEER
IN THE NEWS
GET INVOLVED